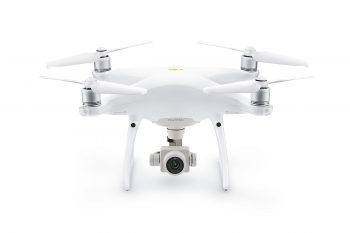 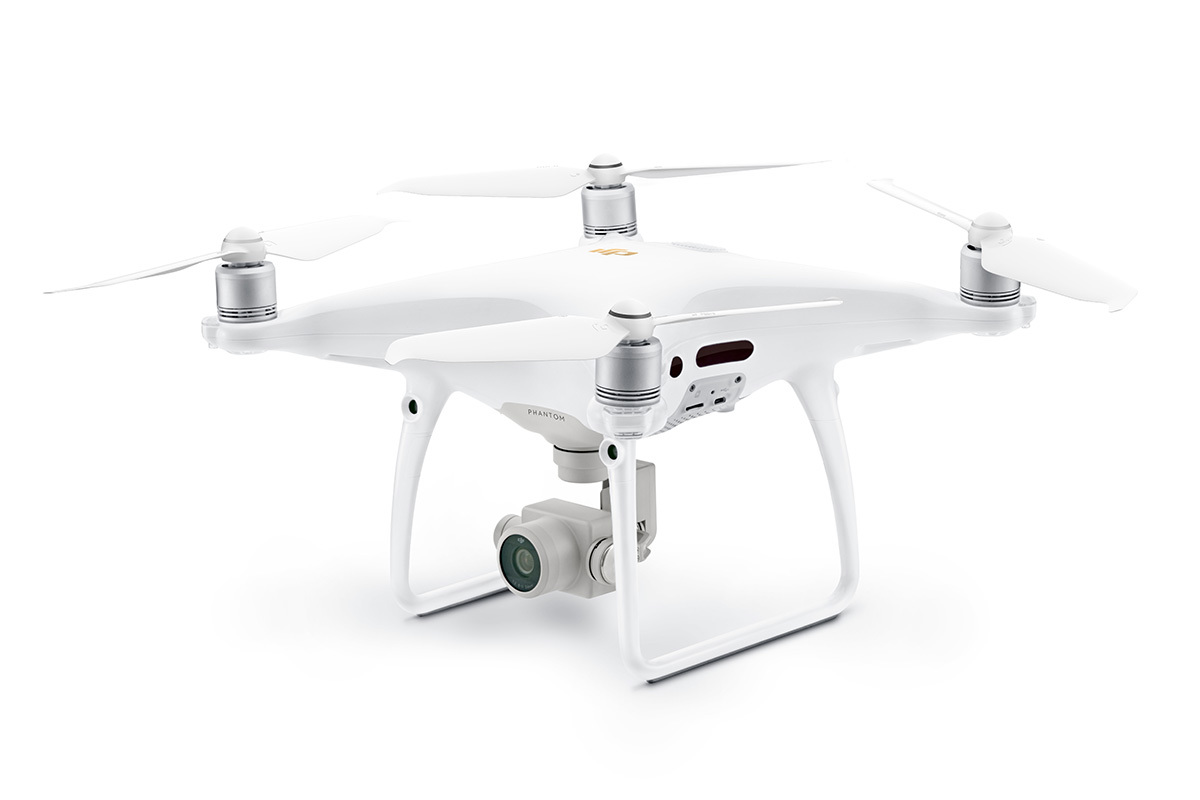 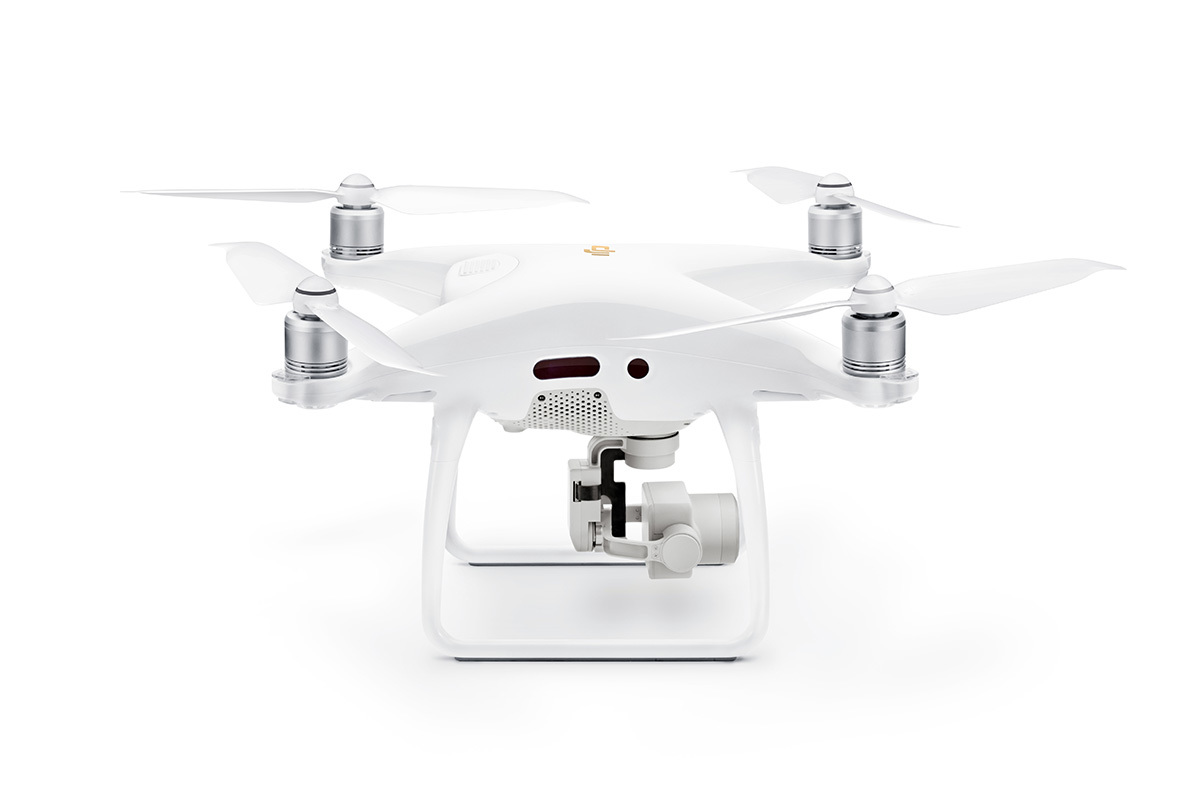 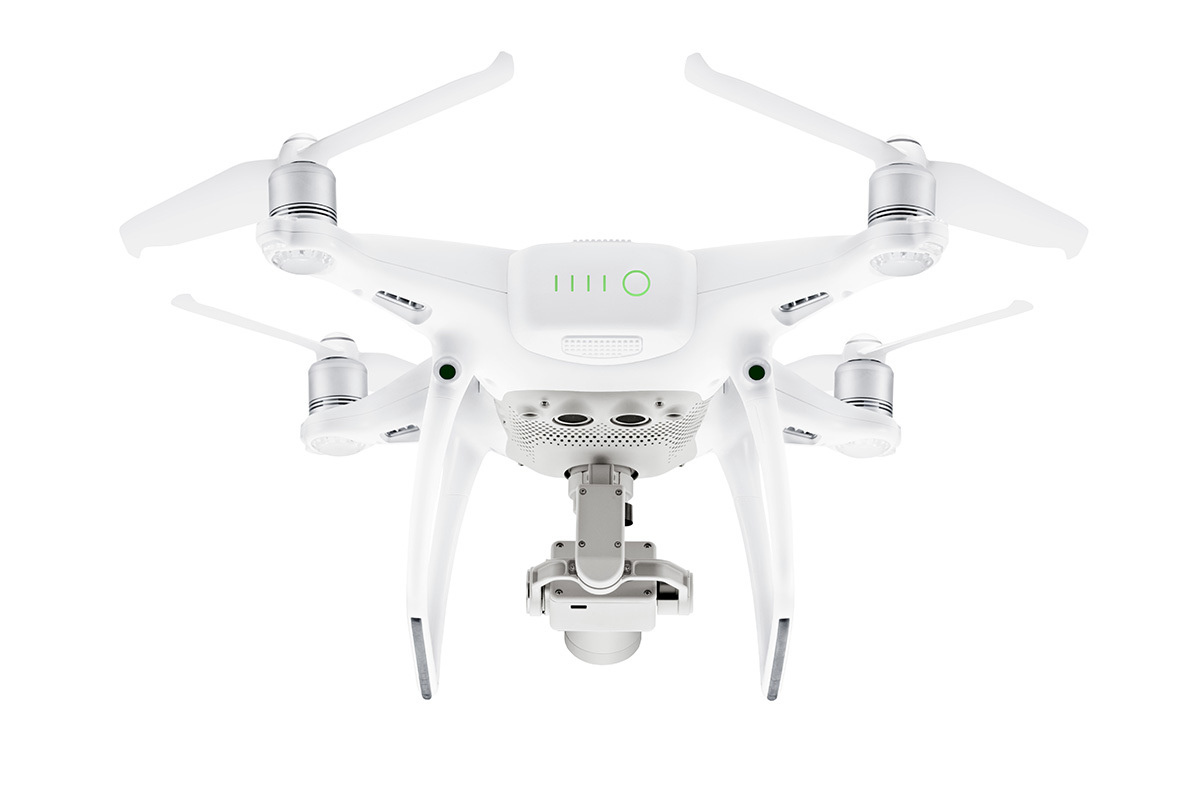 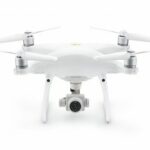 The standard controller features a smartphone holder. You will need to install the DJI GO 4 App on your phone to fly your drone.

A wide array of intelligent DJI Phantom 4 Pro features makes flying that much easier such as the OcuSync 2.0 HD transmission system ensures stable connectivity and reliability, five directions of obstacle sensing ensures additional safety, and a dedicated remote controller with a built-in screen grants even greater precision and control The Phantom 4 Pro V2.0 is a complete aerial imaging solution, designed for the professional creator.

The Phantom 4 Pro V2.0 is here and ready to deliver 4K/60fps videos and 20MP photos using its powerful 1-inch sensor. Its gimbal-stabilized camera, 30-min flight time, and powerful OcuSync2.0 HD transmission make it an essential tool for any professional creator.

Active Track of DJI Phantom 4 Pro can recognize and automatically follow people and objects like car and boats has added 3 new intelligent flight modes such as profile, circle, and reverse tap-fly which makes it amazing to take selfies

Phantom 4 Pro V2.0 supports up to 10 km of HD video transmission and has excellent anti-interference capabilities, giving you the ability to fly farther and see clearer.

Q. What are some key features of the Phantom 4 Pro V2.0’s camera?
A. The camera is equipped with a one-inch 20MP sensor and has a manually adjustable aperture ranging from f/2.8 to f/11. It also supports autofocus by half-pressing the shutter button and has a focus range starting at 1 m. Always refocus before capturing additional shots if the subject has moved beyond the focus point. Refocusing is also needed when transitioning from close shots to longer shots while recording.

Q. What is the resolution and format of photos captured while recording video?
A. Photos will be captured as JPEG in the same resolution as the video recording.

Q. What is the advantage of using the new H.265 video format?
A. H.265 retains 50% more information than H.264, creating more detailed and vivid images.

Q. When does the infrared sensing system work during flight?
A. Only in Beginner mode and Tripod mode.

Q. How does the infrared sensing system work?
A. Available only in Beginner mode and Tripod mode, the infrared sensing system has a sensing field of 70 degrees horizontally and 20 degrees vertically. The radiated infrared light is reflected back by obstacles, allowing the sensors to “see” them at a distance of up to 23 ft (7 m) by calculating the difference in projection and reflection times and using this information to create a 3D model of the environment and obstacles in it.

Q. While updating, if the battery level of the aircraft battery or controller battery drops below 50%, will the update process fail?
A. Yes. Always use a battery with more than 50% power when updating.