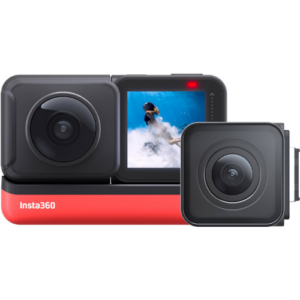 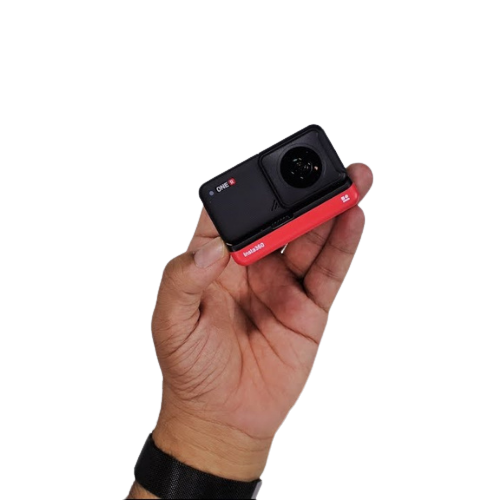 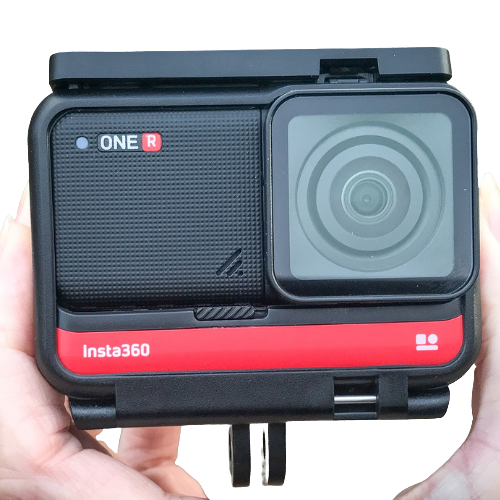 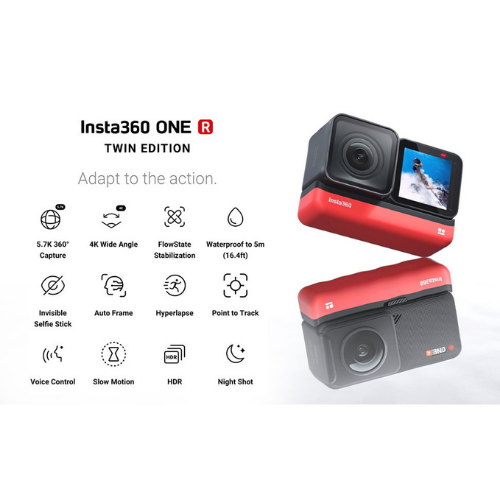 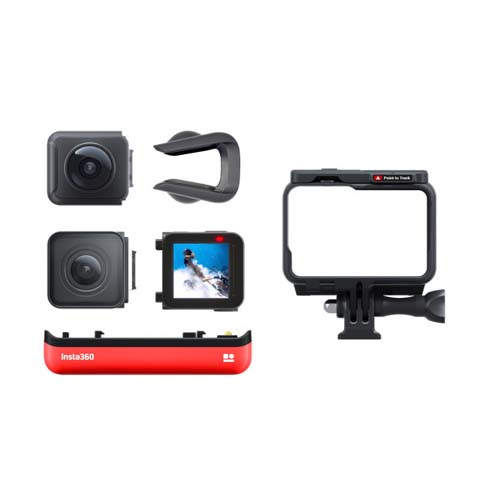 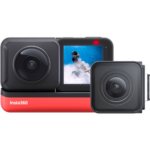 Insta360’s ONE R’s Twin Edition redefines the new standard for action cameras that its predecessors established. Insta360’s ONE R features a unique and compact modular design the size of a palm and no bigger than your hand.

Insta360 focused on designing and constructing a camera that can add more amazing that would look bulky on action cameras. Let’s face it; it’s dreadful to bring a bulky and unstable camera on action shots. The Insta360 ONE R is a third of its battery, another to its controls and screen interface, then the lens and sensor brink.

The modular feature allows you to remove and insert any of the three cameras available with the action camera. You have a 4K action, 5.7K 360-degree, and another lens with a one-inch sensor. This versatility is crucial for many photographers and content creators who find themselves in the most unconventional situations. Having an excellent shot has become easier with the help of Insta360 ONE R’s advanced features.

To change your lenses, photographers just need to unclip the battery, remove the lens, and place the other lens, which takes only for 20 seconds. Furthermore, the entire module is IPX8 water-resistant. Swimmers can take the action camera up to 5 meters.

There’s so much in store for you when you go with Insta360 ONE R, the newest standard of action cameras.

You can transform the Insta360 ONE R’s into a 360 camera to a 4K 60FPS wide-angle camera. The camera’s amazing 360 camera paired with on-the-fly gimbal that reduces stutters and ghosting, making for greatly and crystal clear imagery. With Super 5.7K resolution paired with advanced image processing and AI algorithms makes your footage pop.

POV action sports shots become more stable with gimbal-like stabilization. However, Insta360 ONE R has no gimbal. Instead, the 4K wide-angle lens uses a scene detection algorithm that makes it clear and steady even in low light.

With a specialized camera sensor, night shots are as clear as daytime action shots. Advanced lens technologies and stabilization features give you some of the clearest and highly-detailed night shots ever.

An optional feature, Insta360 ONE R Twin recognizes its selfie stick and quickly edits it out of the picture automatically. Now, you can take mounted shots without taking the time to edit out the stick in each frame of your shot.

The minimum shots you’re going to get with the Insta360 ONE R are high-resolution stills and videos above 4K and a maximum of Super 5.7k at 30FPS for video including 360 motion videos.