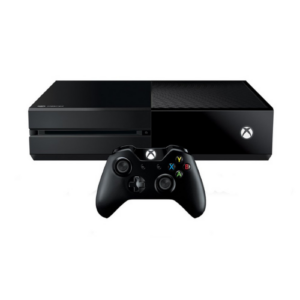 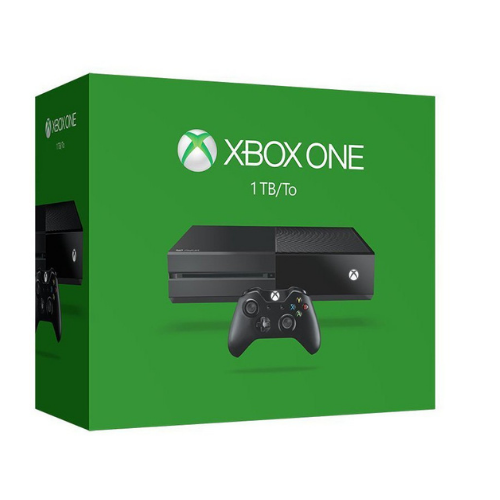 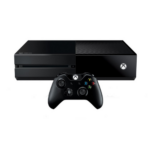 The Xbox One, where the best games, multiplayer, and your favorite movies, music, sports, and live TV come together in one place. With the Xbox One, you can snap two things side-by-side on your TV, and switch from one to another instantly.

Get more with Xbox One. 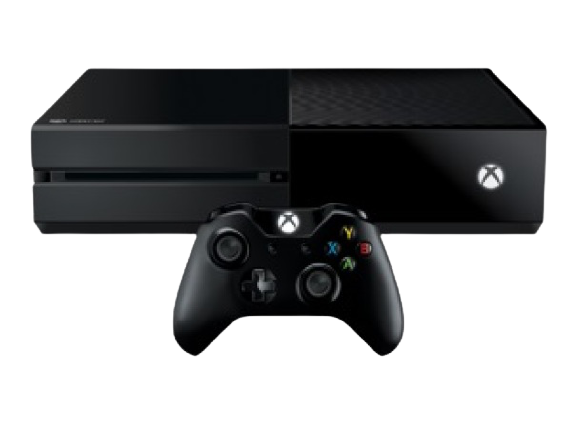 Introducing the Xbox One 1TB. Where the best games, multiplayer, and your favorite movies, music, sports and live TV come together in one place. The Xbox One games look and feel incredibly real, with cinematic gameplay that rivals Hollywood. Watch TV or chat with friends on Skype while you play, and keep on playing while smarter matchmaking happens behind the scenes. With the Xbox One, you can snap two things side-by-side on your TV, and switch from one to another instantly. Cloud-powered and built for the digital age.

The Xbox One delivers an all-new gaming and entertainment experience that will transform how you play. The Xbox One brings together the best games, the most reliable service and rich entertainment all-in-one system that is built for today and tomorrow.

The Xbox One remains a powerful console, and the addition of many compelling cross-platform and exclusive games, along with some price reductions and bundle offers, make it an even more appealing purchase.

The best multiplayer and service:-

Better matchmaking with Smart Match. No jerks – reputation system helps keep annoying players out of your games. No waiting in lobbies – play, watch TV, or surf the web while matchmaking happens.

Never miss a moment – get multiplayer alerts while you watch TV. Switch instantly from a game to TV, a movie, music, and more. Snap an app next to a game and do two things at once.

Built for the future:-

The Digital System – built for the digital age using the latest technology and the power of the cloud. Keeps getting better – “cloud-powered” means the Xbox One and games grow with you over time. Advanced voice and motion control open up new game experiences like never before.

Your Xbox One does not need to be connected for you to enjoy the offline features of games. In fact, you can take the Xbox One anywhere and play any disc-based Xbox One game on it. The only times you need an online connection are for the initial set-up of the Xbox One, and to get the latest system and title updates before you start playing some games.

You decide how personalized Xbox One is to you and your family, including privacy settings, manual or automatic sign-in, and how data is used. And when you play games or enjoy apps that use sensitive personal data, such as videos, photos, and facial expressions, no one except you can access it, without your express permission.

Your Gamertag and Gamerscore follow you to Xbox One:-

No need to worry, you can bring your Xbox Live Gamertag and Gamerscore with you to Xbox One. Your Gamerscore will be automatically updated once you have connected to Xbox Live.

Click here for expert reviews on Xbox One 1TB

Does Xbox One 1TB require an “always on” Internet connection?

No, it does not have to be always connected, but Xbox One does require a connection to the Internet. We’re designing Xbox One to be your all-in-one entertainment system that is connected to the cloud and always ready. We are also designing it so you can play games and watch Blu-ray movies and live TV if you lose your connection.

When will Xbox One launch and in what markets?

Xbox One will launch in markets around the world later this year. We’ll have more to share later.

Can I use my current gamertag on Xbox One and will my Gamerscore and Achievements transfer?

Yes. Your current Xbox Live Gamertag will stay with you on Xbox One if you choose to keep it, and your hard-earned Gamerscore and Achievements will indeed carry over from Xbox 360.

Will Xbox One be backward compatible with my existing games?

Xbox One hardware is not compatible with Xbox 360 games. We designed Xbox One to play an entirely new generation of games—games that are architected to take full advantage of state-of-the-art processors and the infinite power of the cloud. We care very much about the investment you have made in Xbox 360 and will continue to support it with a pipeline of new games and new apps well into the future.

Will Xbox One allow players to trade in, purchase and play pre-owned games?

We are designing Xbox One to enable customers to trade in and resell games. We’ll have more details to share later.

Will my current Xbox Live Gold membership work with Xbox One or will I have to buy a new one?

You do not need to buy a new Xbox Live Gold membership. Your current membership will work on both Xbox 360 and Xbox One.

Why require Kinect with every Xbox One?

The all new Kinect is now an essential and integrated part of the platform.  By having it as a consistent part of every Xbox One, game and entertainment creators can build experiences that assume the availability of voice, gesture and natural sensing, leading to unrivaled ease of use, premium experiences and interactivity for you

Do I need to have a specific cable or satellite TV provider to watch live TV on Xbox?

Our goal is to enable live TV through Xbox One in every way that it is delivered throughout the world, whether that’s television service providers, over the air or over the Internet, or HDMI-in via a set top box (as is the case with many providers in the US). The delivery of TV is complex and we are working through the many technologies and policies around the world to make live TV available where Xbox One is available.

Xbox One is a more powerful product compared to Xbox 360, but does it also use more power?

By providing multiple power states in Xbox One, we’ve balanced energy efficiency with functionality. We’ve taken a completely different approach to how Xbox One consumes power. It only uses the power it needs at that particular moment for the task at hand.

3 reviews for Xbox One 1TB , Unboxed with 6 Months Warranty, Loaded with Free Games