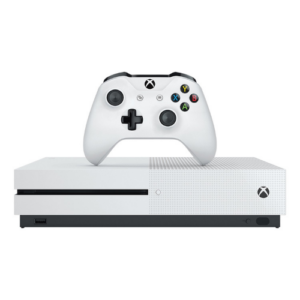 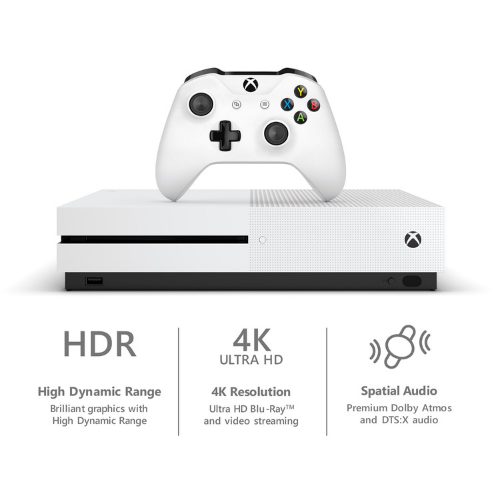 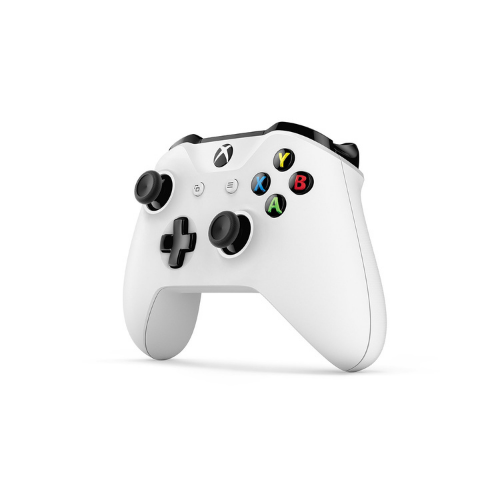 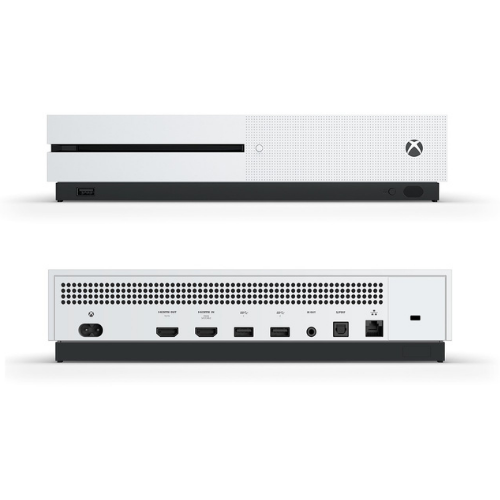 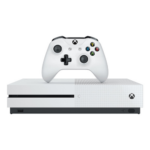 Open a whole new portal to the world of gaming with the marvelous Microsoft Xbox One S 1TB.  Microsoft Xbox One S 1TB  includes an extra delight in terms of a 4K Blu-ray Player that lets you stream videos from premium websites such as Netflix and Amazon. Using Microsoft Xbox One S 1 TB’s Xbox Live, no matter what age group you belong to, you always find someone to game with and bond with. You get more games and faster. So get set and dive right into it with this gaming pack. 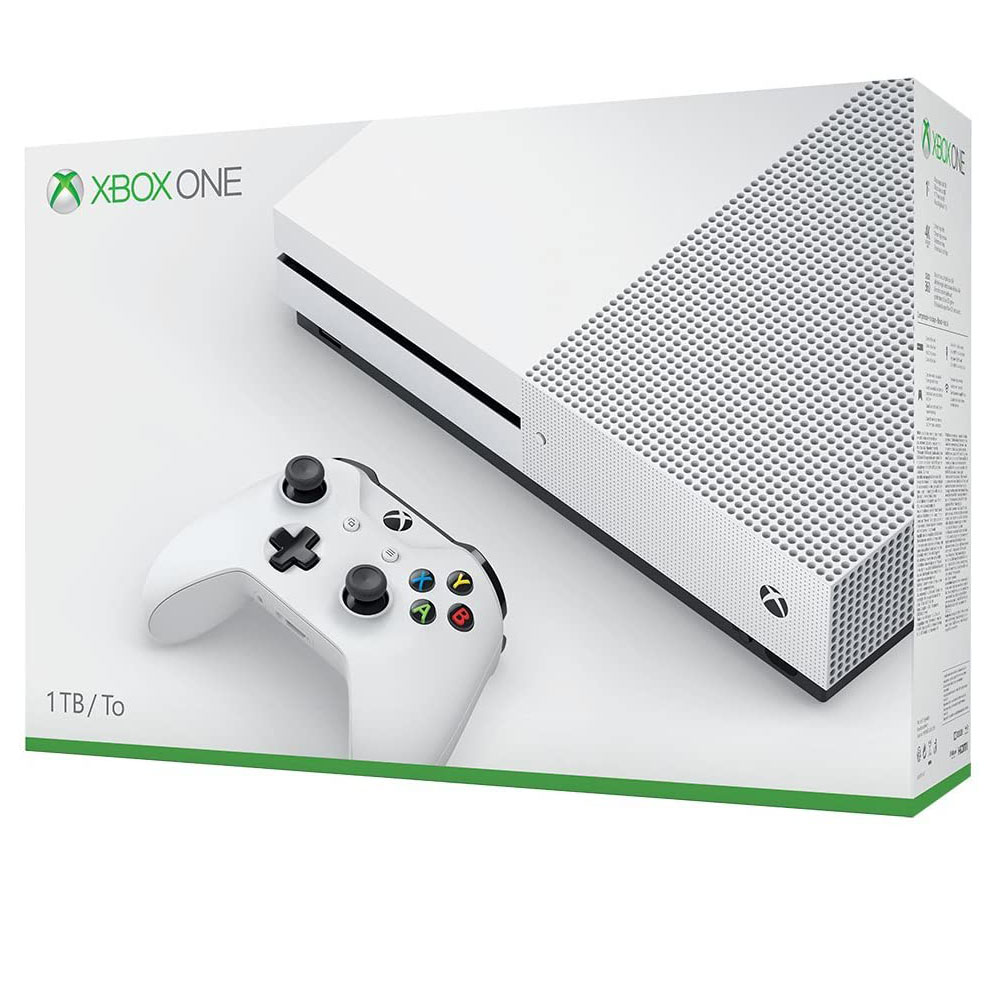 Play the greatest games line-up, including Xbox 360 classics, on a 40% smaller console. Just don’t let its size fool you: with an internal power supply and up to 1TB of internal storage, the Xbox One S is the most advanced Xbox ever

Experience richer, more luminous colors in games like Gears of War 4 and Forza Horizon 3. With a higher contrast ratio between lights and darks, High Dynamic Range technology brings out the true visual depth of your games.

Configure your Xbox One S to turn on other devices, like your TV, audio/video receiver and cable/satellite receiver. Whether you’re playing a game or watching a movie, the integrated IR blaster will get you to the action faster, allowing you to leave your remotes behind.

Experience the enhanced comfort of the new Xbox Wireless Controller, featuring a sleeker, more streamlined design. Get up to twice the wireless range. Stay on target with textured grip. And with Bluetooth technology, play your favorite games on Windows 10 PCs, tablets and phones.

Check our range of Drones!

Enter the World of Air Machines!

That’s a great, obvious first question you may have! Let’s go through the goods:

Sleek and Slim: The Xbox One S is 40% smaller than the Xbox One. In addition to the small form factor, the new Xbox One S can either sit horizontally, or be stood up vertically with the Xbox One S Vertical Stand! Words simply do not do this justice, just look at this beauty: Meet Xbox One S.
More space: The Xbox One S, while being 40% smaller, now offers up to 2TB of storage. This will allow you to install more Games & Apps on your Xbox One than ever before!
HDR: The Xbox One S also brings in High Dynamic Range support. HDR allows you to enjoy your games with a higher contrast ratio between lights and darks. This unlocked the true visual depth of your Xbox One games.
4K: Along with all of the awesome benefits mentioned above, the new Xbox One S brings in 4K support! With built in 4K Ultra HD Blu-ray™ and 4K content streaming from apps such as Amazon Video and Netflix, you can enjoy 4K content in the clearest, most realistic video possible.
No power brick: That’s right, not only do you get a 40% smaller Xbox One console with the Xbox One S, but you don’t have to worry about a separate power supply unit! The power is now located inside the Xbox One S, and all you need to worry about is a single power cable.

4K (also known as, 4K UHD, 4K Ultra High Definition) refers to ultra-high resolution content or displays/TVs. 4K packs in four times as many pixels as a 1080p display, which provides a sharper, more detailed picture.
In order to get the most out of 4K, here’s what you’ll need:
A 4K TV/Monitor.
A 4K supported device such as the Xbox One S.
Content that supports

Note: Upscaling to 4K does not make lower resolution content appear the same quality as a content that is natively 4K. Upscaling 1080p content to 4K, in short, mathematically matches the output pixel count to the physical pixels.

HDR (or High Dynamic Range) on an HDR compatible TV will display deeper colors and richer contrast. This will make your HDR supported games, including other HDR supported content such as movies, appear much more vibrant and realistic than they would on a regular high definition TV.