Vast Range of Gaming with Thousands of Hit Games in Every Genre.

Designed by the gamers for the gamers. It brings a whole new paradigm to gaming and entertainment.

Portable, Focused and Provide some of the most popular games in excellent designs.

Curated collection of game DVDs for Playstation and Xbox consoles.

A video gaming console is an electronic or computer device that outputs a video signal or visual image to display a video game that multiple people can play through game controllers. These may be home consoles which are generally placed in a permanent location connected to a television or other display device and controlled with a separate game controller, or handheld systems that include their own display unit and controller functions built into the unit and can be played anywhere.

Video gaming consoles are a specialized form of a home computer geared towards video game playing, designed with affordability and accessibility to the general public in mind, but lacking in raw computing power and customization. Simplicity is achieved in part through the use of game cartridges or other simplified ways of distribution, easing the effort of launching a game. However, this leads to ubiquitous proprietary formats that creates competition for market share. More recent consoles have shown further confluence with home computers, making it easy for developers to release games on multiple platforms. Further, modern consoles can serve as replacements for media players with capabilities to playback films and music from optical media or streaming media services.

Video gaming consoles are generally marketed and sold on a five-year cycle, with consoles of the same technical capabilities grouped into generations. The industry has developed a razorblade model for selling consoles at low profit or at a loss while making revenue on the licensing fees for each game sold, with planned obsolescence to draw consumers into the next console generation. While numerous manufacturers have come and gone in the history of the console market, there have always been two or three dominant leaders in the market, with the current market led by Sony, Microsoft, and Nintendo.

Home video gaming consoles are devices that are generally meant to be connected to a television or other type of monitor, and with power supplied through an outlet, thus requiring the unit to be used in fixed locations, typically at home in one’s living room. Separate game controllers, connected through wired or wireless connections, are used to provide input to the game. Early examples include the Atari 2600, the Nintendo Entertainment System, and the Sega Genesis, while newer examples include the PlayStation 5, and the Xbox One Series. Specific types of home consoles include:

Micro-consoles, home consoles which lack comparable computing power of home consoles released at the same period, and thus are generally less expensive. A common form of micro-console are based on Android or iOS mobile software, allowing the consoles to access the respective library of games for those platforms, as well as features such as cloud gaming. These consoles also typically include support for other apps available for the underlying operating system, including those that supported video streaming services like Netflix and Hulu, making microconsoles also compete in the same space as “over-the-top” media providers that aimed to serve content directly to the living room television. Such consoles include the Ouya, the Nvidia Shield and Apple TV.

Plug and play consoles, specialized versions of micro-consoles that come with a fixed selection of games on the system and do not give the consumer any ability to add more games. These are considered dedicated consoles for this reason, though tech-savvy consumers often have found ways to hack the console to install additional functionality onto it, voiding the manufacturers’ warranty. The units usually come with the console unit, one or more controllers, and the required components for power and video hook-up. Many of the recent releases have been for distributing a number of retro games for a specific console platform. Examples of these include the Atari Flashback series, the NES Classic Edition, and the Sega Genesis Mini.

Handheld TV games, specialized plug-and-play consoles where the console unit itself serves as its own controller so that the consumer simply connects the device to their television and to a power source, or in some cases, are battery-powered. According to video game historian Frank Cifaldi, these systems gained popularity around 2003 as they were cheap to manufacture and were relatively inexpensive at US$20−30 each by manufacturers such as Jakks Pacific. However, they also led to a surge of models that used counterfeit Nintendo chips manufactured in China, creating too many clones that could easily be tracked.

Handheld video gaming consoles are devices that typically include a built-in screen and game controller features into its case, and contain a rechargeable battery or battery compartment. This allows the unit to be carried around and can be played anywhere. Examples of such include the Game Boy, the PlayStation Portable, and the Nintendo 3DS.

Hybrid console units are considered those which can be used either as a handheld or as a home console, with either a wired connection or docking station that connects the console unit to a television screen and fixed power source, and the potential to use a separate controller. While prior handhelds like the Sega Nomad and PlayStation Portable have had these features, some consider the Nintendo Switch to be the first true hybrid console.

aren’t just for playing games anymore. These gaming consoles are multipurpose devices that can be the centerpiece of a home theater.

Here’s a look at what gaming consoles currently on the market can do:

The Xbox Series and the Playstations  can all play movies, although neither the Xbox nor the PS2 has progressive-scan DVD functionality. The PS3 and above, with their  built-in Blu-ray disc drive, is capable of playing high-definition movies as well as standard DVDs.

The Xbox Series and Playstations can play any audio CDs when connected to your home theatre. The Xbox Series  goes further by letting you integrate a USB-equipped portable music player such as an iPod into the system. If you have a Media Center Edition PC or Windows XP PC, your Xbox 360 can access all the music you’ve stored on that device.

Surf the Web: The Playstations includes a cool Web browser (developed by Sony) that lets you surf the Web right out of the box. Unfortunately, the Xbox 360 doesn’t have a Web browser. The new Xbox Series do have the option to surf web.

This last item isn’t exactly a typical use of gaming consoles, but it gives you a good idea of where consoles are heading — right into the PC mainstream.

Gaming Consoles – Why you should buy from Xboom?

We provide you with the widest collection of Gaming Consoles in India. All models come with a 6-month warranty, and also avail our exchange and return policy in case you are not satisfied. So just buy from the most trusted advanced gadgets website of India. Still, thinking? Call us at 080-2258-2616  Shipping is on us.

We keep upgrading our collection and try our best to provide you with the most trusted & popular models available.

FAQ’s On Gaming and VR

can I watch 3D movies on VR headsets?

Yes, Depending upon the devices you choose, there are multiple ways in which you can watch 3D movies on VR headset

Do VR headsets come with games?

Can you play PS4 games on a PS3 console?

NO, because the two systems are incompatible.

What is the main difference between Playstation and Xbox?

Xbox has more powerful hardware, and you can use your Xbox account on your PC as well to benefit from the free games from memberships like Xbox Game Pass. PlayStation has a bigger community and way, way more exclusive games. The two consoles also have different controllers, but it’s possible to hook up any controller to almost any system. You could even use a Nintendo controller with the right setup. That’s pretty much everything.

What are the latest gaming consoles?

A new console generation is here, boasting great graphics, powerful specs, and plenty of games to play. The three big dogs are Sony with the PlayStation 5, Microsoft with the Xbox Series X, and Nintendo with the Switch.

Can I play Nintendo Switch games without the Internet?

It depends on the game you are playing.

Does Xbox have a warranty?

Yes you can use your Microsoft account to check its warranty and make warranty claims.

Which are the best Playstation Games

Best games of 2021 for PlayStation

Select From The Top Brands 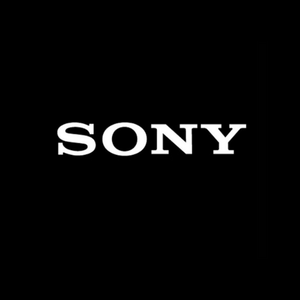 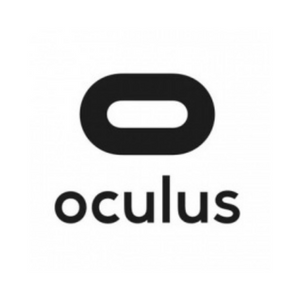 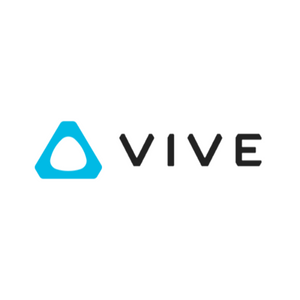