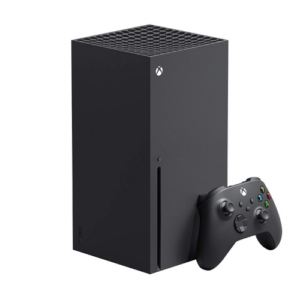 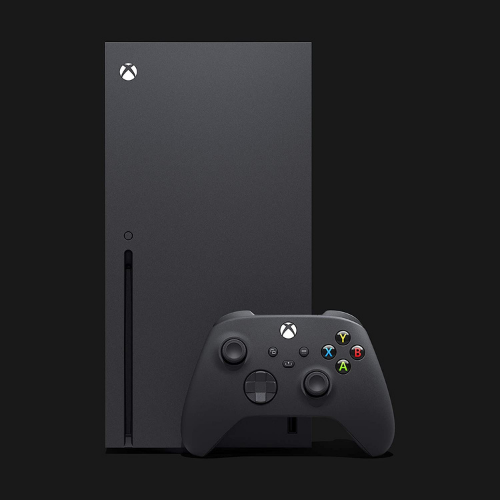 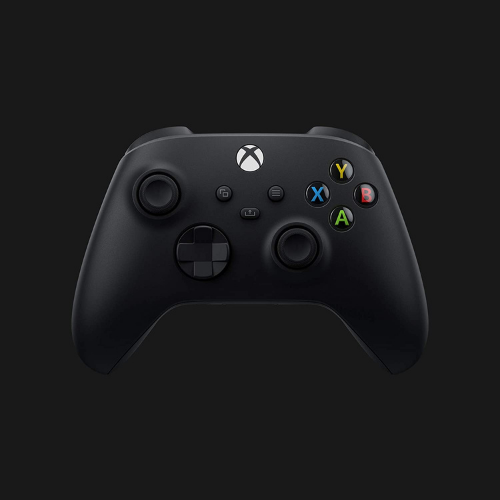 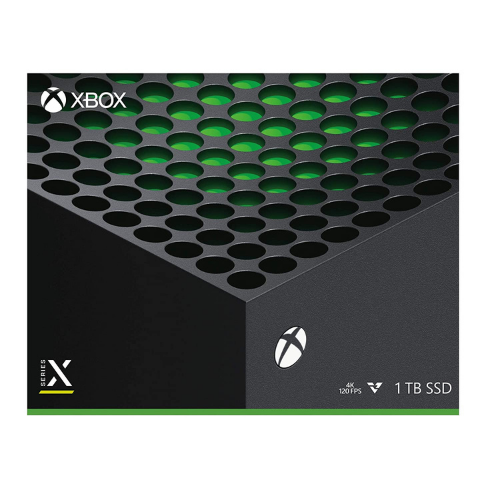 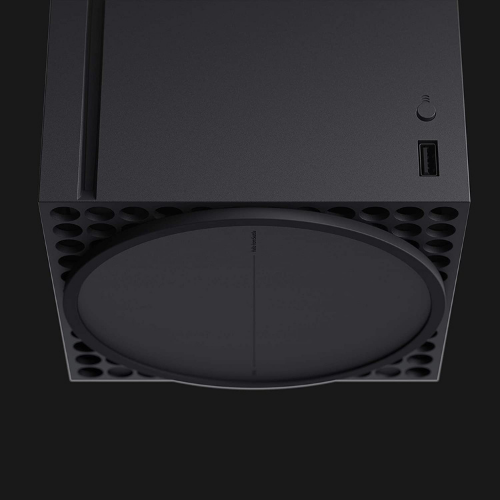 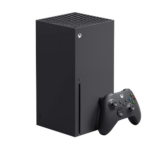 The Xbox Series X delivers sensationally smooth frame rates of up to 120FPS with the visual pop of HDR. Immerse yourself with sharper characters, brighter worlds, and impossible details with true-to-life 4K. The Xbox X series delivers smooth and sensational frame rates up to 120fps. It exposes the user to brighter worlds, sharper characters, and impossible details which seem life-like. It also allows the user to teleport seamlessly between 4 different titles and resume instantly where you last left your game.

The fastest, most powerful Xbox ever! 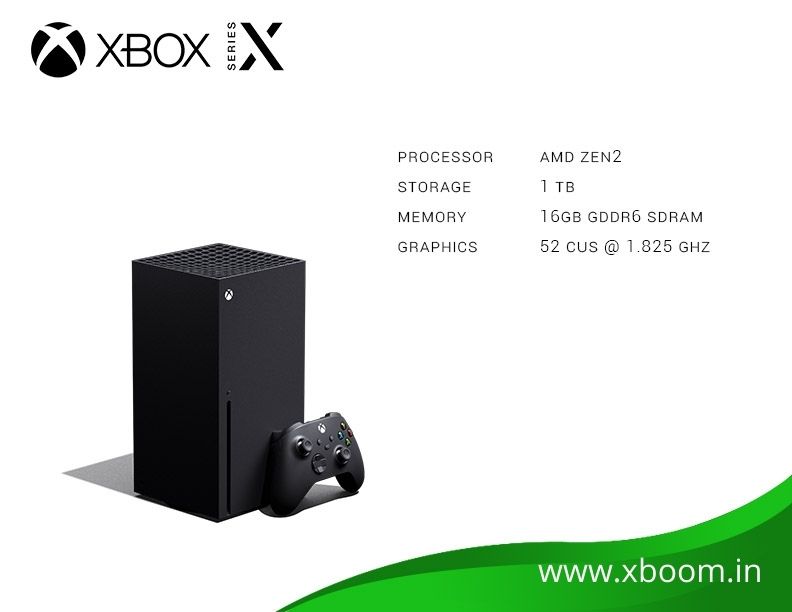 Our fastest, most powerful console ever is designed for a console generation that has you, the player, at its center. Everything revolves around you and your commands. Select the player mode and get going.

Most powerful Xbox ever

Explore the rich new worlds and enjoy the action like never before with the unmatched 12 teraflops of raw graphic processing power.

With Quick Resume—a new feature powered by the technical capabilities and the innovative Xbox Velocity Architecture. You can now teleport seamlessly between four different titles and resume instantly where you last left your game.

Thousands of games across four generations

Play across four generations of Xbox- including Xbox One, Xbox 360, and Original Xbox titles with backward compatibility.

With the power and speed of the Xbox Series X, many of these games will look, feel and play better than ever.

At the heart of Series X is the Xbox Velocity Architecture, which pairs a custom SSD with integrated software for faster, streamlined gameplay with significantly reduced load times. Experience richer, more dynamic living worlds unlike anything ever seen before. Experience ultra HD quality in the graphics. 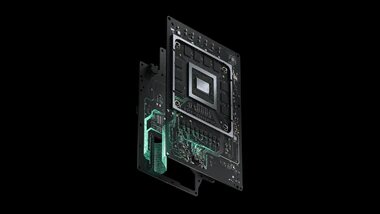 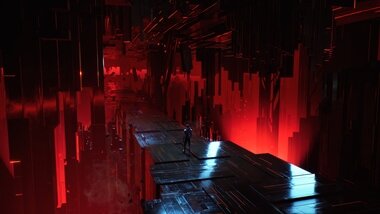 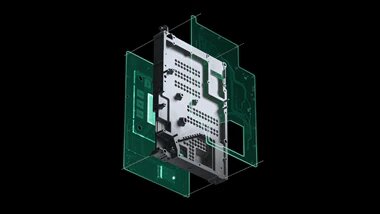 A split motherboard keeps the console’s internals evenly temperature controlled, allowing for an even higher output of power.

This unique, non-electronic component merges parallel cooling with innovative design to increase the reliability and performance of the Xbox Series X.

Download and play over 100 high-quality games, including all-new Xbox Game Studios title the day they release, with Xbox Game Pass Ultimate.1 Plus, get all the benefits of Xbox Live Gold and EA Play when you subscribe.

Experience the modern Xbox Wireless Controller, designed and enhanced for comfort during gameplay.

The Xbox Series X is compatible with your Xbox One gaming accessories. It brings faster response times than ever before. 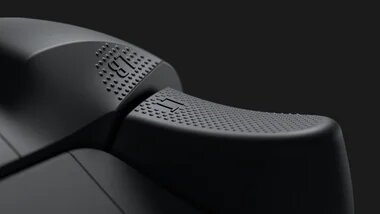 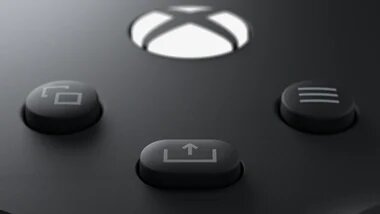 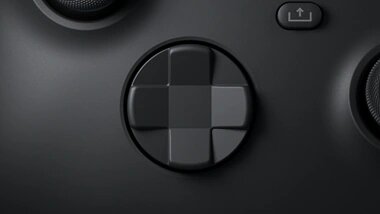 Stay on target with textured grips on the trigger and bumpers.

Go ahead, show off

Tap the dedicated Share button to seamlessly capture and eternalize your conquest.

The hybrid D-pad offers players a familiar yet refined twist on the classic Xbox Wireless Controller.

The Seagate 1TB expansion card plugs into the back of the console via the dedicated expansion port and replicates the console’s custom SSD experience, providing additional game storage.

The Xbox X series allows gamers to explore the action like never before with the unmatched 12 teraflops of raw graphic processing power. With the power and speed of The Xbox X series, many of the games will look, feel and play better now.

Both consoles deliver next-generation capabilities powered by the Xbox Velocity Architecture, such as faster loading, the ability to seamlessly switch between multiple games with Quick Resume, richer and more dynamic worlds, and frame rates up to 120fps.
The primary difference between the two consoles is that the Xbox Series X displays games at native 4K, comes equipped with a UHD Blu-ray Disc player, and 1TB of custom SSD storage. Xbox Series S is designed for disc-free gaming at 1440p (with the ability to upscale to 4K), with a custom 512GB SSD. They’re priced differently. Both consoles have the option to expand available custom storage via the Seagate Storage Expansion Card.

What does Optimized for Xbox Series X|S mean?

These are games built by the developer to take advantage of the unique capabilities and performance of next-gen Xbox consoles. These include new titles built natively using the Xbox Series X|S development environment. These games showcase unparalleled load times, visuals, responsiveness, and frame rates up to 120 fps. To see a list of games that will be optimized at launch, go to:

While it’s ultimately up to developers to determine how best to leverage the technical capabilities of the two consoles, players typically see resolution as the key difference between Xbox Series X and Xbox Series S.

Can I stream games from my new Xbox Series X|S?

You definitely can. Xbox Series X|S supports remote play with the Xbox app, which is currently available on iOS and Android phones and tablets.

A 2-meter (6.56 feet) HDMI 2.1 cable is included with all new purchases of the Xbox Series X. The Xbox Series S comes with a HDMI 2.0 cable of the same length.

How can I transfer my games from my current console to Xbox Series X|S?

How can I ensure that my Xbox Series X|S is well-ventilated?

As with all electronics, Xbox Series X|S consoles expel any heat generated during use. And designed the Parallel Cooling Architecture. If you detect some warm air emanating from the exhaust ports, this indicates that the system is working as intended and in line with our expectations.
To ensure your device is achieving optimal airflow, we recommend placing the unit in an open area without any obstructions to the top and back inlets and outlets. If you want to place the device in the entertainment set, then place it in an unrestricted space. Do not place it behind a closed door if possible.
For a standard, non-enclosed media entertainment stand, ensure at least 1.5 inches (approximately 4 cm) of clearance from the top of the console in either vertical or horizontal alignment. We recommend having 4-6 inches (approximately 10-15 cm) of clearance on all sides.