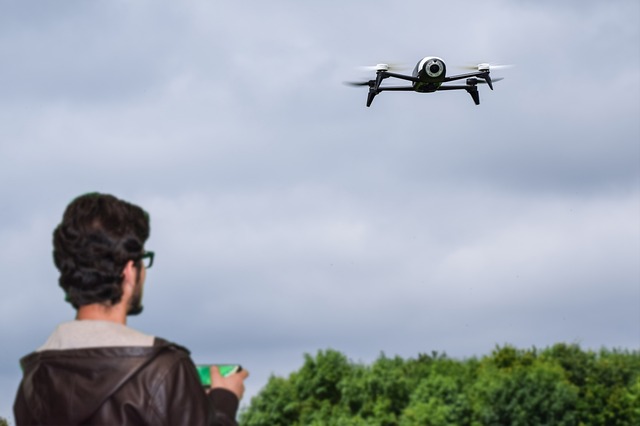 Technological advancements have birthed many useful and progressive devices. Scientists and engineers work day and night to surprise people with the latest technological gadgets to make their lives easy. One such helpful tool is a drone. In India, drones have gained popularity, and one can see how various departments are using it for a host of reasons.

What is a drone? 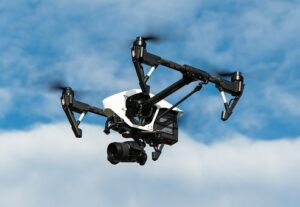 The drone is an unmanned aerial object. A user usually controls the drone with the help of signals. The routes and directions can also be programmed, and the drone will follow the mentioned path on its own.

It is called an unmanned aerial object as it is a robotic device that is designed to fly without human intervention. In technical terminology, its other names include “unmanned aerial system” or “unmanned aerial vehicle.” They are small, lightweight devices that follow the specified path with the help of GPS coordinates. Sensors and cameras are attached to it. India houses a huge variety of drones for different purposes.

Components of a drone

A drone consists of two major parts, those being, outer and internal. The outer surface and basic structure of the drone is made from light composite materials (like glass fibres, Kevlar, and carbon fibres) as they are light in weight and increase speed and mobility. The electronic and electrical components of the flight include: 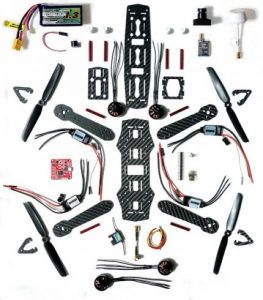 These are some of the basic parts that go into the making of the drone. Besides, depending on the functionality or the purpose of the drone, the components vary. In India, it is easy to find a wide variety of drones. Most of the drones excel in capturing high-quality videos or images. Drone shooting tips are quite useful to obtain better pictures.

Uses of a drone

The drones are used across the globe and in India for several reasons. They find broad usage in areas of construction, entertainment, military, safety industry, and many more. Some of the main benefits of the drone are:

In times of natural calamities or disasters, the military or rescuers won’t be able to reach the site immediately. A drone can act as a saviour by mapping the affected area and providing us with an aerial view of the state of its inhabitants. It gives us all the details of the damage, and the number of people stranded. This way, we get an image of the current situation, in more ways than one. The drone can be sent to the location using the GPS module. It flies over the affected areas and captures clear images and videos of the destruction. To get clear pictures, use a camera with megapixels, and study drone photography tips. In modern times, the drone holds the podium in disaster management. It not only clicks images, so that people can get an insight into the condition at present but also drops small packages of food or other essential products. The drone acted as an active device during the floods and hurricanes that occurred in India. Making use of a drone is one of the fastest and effective ways to analyze the situation and provide people with basic things.

The drone is used to monitor the progress and development in both agricultural and constructional field. While constructing bridges, railway networks, skyscrapers, quadcopter come into use. It is easier to send the drone to inspect the progress. The drone will fly over the required area and snap pictures and record videos. The engineers or developers can refer to these pictures or videos and plan their next step. Farmlands are spread across acres and require continuous monitoring. Drones are exploited by the agricultural industry to get details regarding individual plots. Farmers can monitor their farms if they have got good drone photography skills.

Many films that we see today are high-budget films. Scenes shot from the top give viewers a great cinematic experience. Top angle scenes are shot using drones. High-quality cameras are fitted in the drones to enhance the picture quality. Many filmmakers in India have started using drones to improvise the film. Apart from movies, serials and short films also use drones. Drones are also flown over areas that hold sporting events. They are also used in marriages to capture the beautiful and memorable moments of the ceremony.

Drones are used to find natural resources underground or below tough terrains. It gives the approximate location coordinates, which will help the miners get into searching effortlessly. Electromagnetic sensors are fitted in the drone, which will help in gaining information about the resources. Oil, minerals, and natural gas can be found with the help of the drone. It will give all the data regarding the geological condition of any area.

In case of fire, the fire department can first send in a drone to check the status of the fire. This will ensure the safety of fire-fighting men. In the case of a military attack, the soldiers can send the drone before them to get a picture of the oncoming path. It will warn the soldiers any enemies are lying in wait for them. Rescue team use drones to know the worst-affected places and can tread carefully using the pictures. It can also find the exact location where people are stranded or need help. Drones are useful in finding lost or kidnapped children as they can cover a large area within a short time.

Apart from these major benefits, flying drones in India is considered to be a recreational activity. The millennials are much awed by flights, and drone control will give them pleasure and happiness. Most of the countries allow drone usage if it’s for passion or hobby. It is also used in the real estate sector, spying, media, and medical sectors. They can easily reach the place and can withstand poor climatic conditions. They can go up to a height of 150m and can even enter hostile areas. Drones are comparatively cheaper and effective than helicopters and aircraft.

Drone use is restricted in India. Only people having a drone license will be allowed to fly one for the aerial view of the country.  People using drones indoors or for recreational activities in India do not need a permit or license. For commercial purposes, the drone pilot needs to lease it from DCGA and obtain permission.

Drones are extensively used in India in the retail, commercial, recreational, military, and disaster management sectors. A wide variety of drones is available on the internet. People can refer the drone photography tips, aerial photography tips, and drone shooting tips to know more about the working of a drone to get an image.

With the advancements in technology, many new equipment and devices have come into existence. These devices are used to make our lives easy and comfortable. The drone is such a device, which is an aerial object, that can fly with the help of controls given from the land. A prototype was developed initially, and now drone is used across the globe and India.

A drone captures videos and images of high-altitude regions and places where humans cannot reach. People can quickly learn the techniques to get high-quality pictures through aerial photography tips. In India, drone finds vast usage. People use it for fun and as part of recreational activity. Using drones indoors does not need a license or permit. For military and official use in India, permission is required to fly a drone over India. A wide range of drones is available in India on the internet. Buy the most suitable drone that fulfils your purpose and read the drone photography tips to ace the working of the drone.