How To Use A Stun-Gun For A Quick Reaction

No matter how much we emphasize self-defence, it will never be enough. We all are aware that with the increasing crime rate in all countries, self-defence is of utmost importance. Our world is becoming a dangerous place for everyone, and we can’t afford to trust anyone. Even the people who you think love you the most can betray you at any time. The most important part of self-defence is to be a confident person. 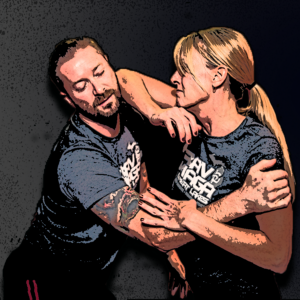 There will always be someone who will always be jealous of you or will try to take away something that isn’t theirs. There will always be people who will look to find a way to hurt you and humiliate you. But having protective tools can help you stay safe from danger. It is not always possible to train in self-defence due to many reasons. Along with that, a lot of times, our strength isn’t strong enough to protect ourselves from a group of people who get together hurt us.

The biggest advantage to defend oneself in a time of emergency is that you get to defend your loved ones too. With a loved one by your side, it makes you take charge and help in surviving such a situation together. However, studies and various instances have proven that most criminals tend to attack their targets when the victim is either alone or unaware of the surroundings. Therefore, one needs to be always aware and vigilant of his surroundings.

Nowadays, the legislative bodies of several countries around the globe have well-laid outlaws about self-defence. Besides knowing the techniques to defend yourself, you also need to be aware of the self-defence rights that you have. The knowledge of these laws is likely to keep you out of any legal trouble. Several tools are available in the market for self-defence. But if you want to successfully stop an attacker without causing any permanent or lethal damage, the best tool in place is a stun gun. Stun guns are invaluable when it comes to self-defence. Besides being well disguised, they are easy to carry, easy to operate, and compact. They are extremely useful to drop the attacker from his attack within a matter of seconds and buy you a window of time in which you can flee to a safe place or get help.

Here are some easy self-defence moves everyone should know:

Stun guns work in two ways, first, as a deterrent and then as a shock. They are the best way to disable the attacker temporarily. The stun gun delivers a non-lethal high-voltage electric shock. If an attacker is not very violent, cracking a shock in the air often works well to get him to step back and stop the attack. The bright electric current creates an intimidating electrical sight and sound. Stun guns are prevalent and available in various sizes and shapes.

Here is how you can use a self-defence stun gun to take precautionary safety measures against the rising crime rate:

Always use a stun gun in a situation where you can be an easy target as criminals only attack those who are easy to target. Some places where one must keep a stun gun handy can while walking in a parking lot, parking garage, or an area where fewer people are present. If you have the stun gun in hand, it will help you take action quickly. There is a possibility that you are not even a target.

When attacked, pick the larger group to stun. The best areas to attack are the chest, stomach, thighs, or back. Use the stun gun in bursts of 10 seconds on average and longer batons for stronger attackers. After a few seconds, they are likely to fall on their knees.

After stunning and taking notes of the attacker, try to run to get help. Be sure to call the police, so it is not too late before he runs away.

Always remember that if you don’t report it, they will try this on someone else who may not be prepared like you.

Xboom.in is an e-commerce portal that is dedicated to making society safer for everyone. They provide a lot of options in the field of personal security tools for women, children, travellers, and senior citizens. Some of the effective self-defence devices provided by them are pepper sprays, self-defence stun guns, paracords, kitty knuckles, nunchucks, knife protectors, and much more. 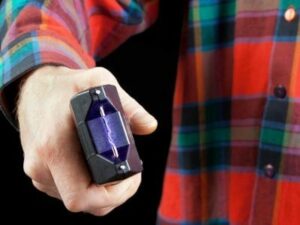 Aside from that, Xboom also provides tracking equipment which can be installed in any mobile vehicle so you can track your loved ones if any time they’re travelling alone. Anti-theft equipment is also available on their website for those who want to protect their homes from trespassers or even just as a precautionary measure against them. Along with these they also other safety equipment such as dashcams, drones, and spy equipment.

Those of you who wish for a safer life without actually learning self-defence should think about buying a stun gun for times of emergency. It is effective and a good option for your safety regardless of any situation. After all, it is always better to be a thousand times more careful than to be a target once.