Holi – Not So Joyous For All 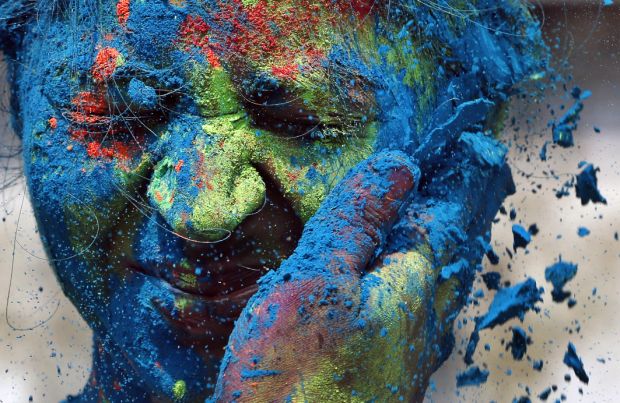 Holi – Not So Joyous For All

Holi, the joyful “festival of colours” as we know it, is widely celebrated in India among children and adults, by smearing colours on each other, reciting the infamous sentence, “bura na mano Holi hai”

We were always taught when we were young that Holi, is the joyous festival of colours and is celebrated marking the end of evil. But no one addresses the despicable incidents that take place against many women every year during Holi, around every corner of the country.

It is unknown to most people and hard to believe, but every year one or the other woman is groped and physically abused in countless inappropriate ways.

Such vile acts of men during Holi has become so frequent that even recognised News companies like The Guardian, The Hindu, Times of India, and BBC have been compelled to issue a Report on the matter.

Delhi ranks at the top in crimes against women and in cases of assault during Holi. There are a number of cases wherein, Girls College Hostels have shut their gates during the Holi Festival to keep their girls students inside and safe from all the groping and grabbing that goes on outside on the streets.

What other News agencies are reporting on this matter?

According to The Guardian, Sophie Whitehead, a 21-year-old from the University of Edinburgh, studying in Delhi on exchange, was among the women locked in her student accommodation. “It’s a strange feeling to be completely unable to go out,” she said. “I understand that Holi can be dangerous, there’s big crowds [and] probably a risk of groping. And there’s been a lot more men out on the streets over the past few days, so I think it would be better to avoid the crowds. “But we’re old enough to make our own decisions,” she said. “It’s quite degrading – we can’t even leave to grab a drink or food.”

The question here arises, that whether it is rational to lock women behind the gates of colleges and not have their freedom of mobility because a bunch of perverts are running out on the streets? Why do these women have to restrict themselves rather than those offenders being locked up?

Because, on this occasion of Holi, perverts get a licence to do anything they want. “Bura na mano Holi Hai” which literally translates to “Do not be offended because its Holi”. How far can things go more illogical than this!

Another student, Shristi Satyawati added, “There’s a particular targeting of women’s genital parts,” who tried to lodge a police case against a group of young men who pelted her with water balloons “on her breasts and bum”.

“I was deeply agitated, but the police said they couldn’t lodge a case. They said it was Holi – they couldn’t do anything about it,” she said.

The above situation screams that these Holi assaulters are at liberty to do whatever they wish on this day of colours and walk free without being held liable for their acts. These men are using the leniency of the police officials and using it to their advantage.

No doubt these incidents are taking place through out the country, but women cannot just shut themselves inside their homes out of fear of being assaulted. Every one has equal rights and liberties under the Indian Constitution and women should definitely not compromise on their independence to do what they want to.

What can women do to stay safe?

Whether it is a Holi Festival or any other occasion, every one wants to go out and have fun. This shouldn’t be any different for a woman. However, one should always make sure to carry a Stun Gun or at least a Pepper Spray to defend themselves from any attack. Other than that, there are certain precautionary measures given below that can be followed to avoid any unwanted attention from assaulters.

1. Try to celebrate Holi with your Family, friends and people you know.

Often people enjoy going to Holi parties which can prove to be potentially dangerous, because anyone and everyone with a pass can gain entry to the party including strangers who cannot be trusted.

2. In case you are going to a Holi party, then go with your friends and people you can trust.

3. If you are exploring to be adventurous and independent and want to go alone to these parties, go ahead but make sure you take enough safety precautions :

a) Try not to take any drugs or be under intoxication

b) Stay alert and aware of your surroundings.

c) Do not let any stranger get too close to you, maintain your distance

d) Try to find a good crowd or a girl group and mingle with them rather than wandering around.

These are a few tips that you can stick to, in order to stay away from assaulters, but if someone crosses the line and is violating your space and shattering your dignity, DO NOT hesitate to use a Stun Gun on him, he deserves it.

Read the blog by Behind The Quest to understand what actually goes down on the streets of Varanasi during Holi.

Stay safe this Holi and Protect yourself with these must have Self Defence Products!