Women Safety: EMPOWER Her To Protect Herself 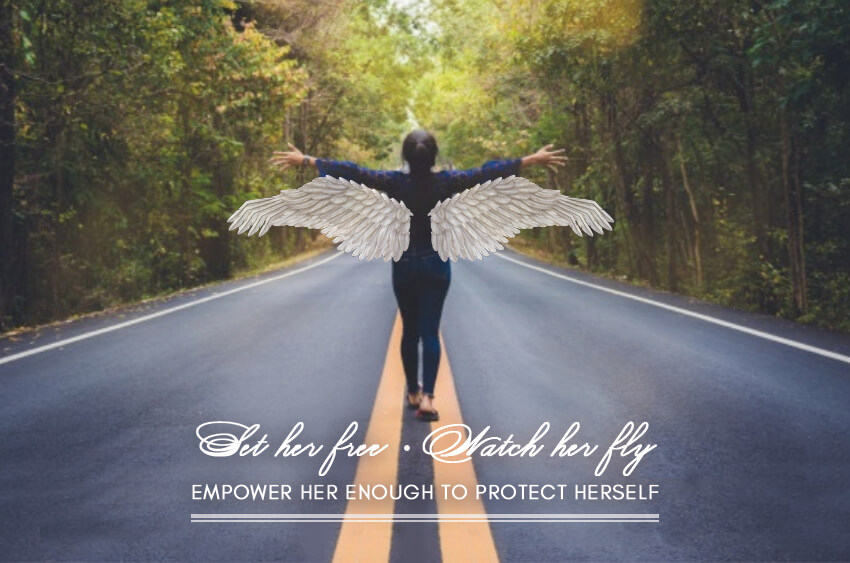 Crimes against women have made them feel living in the country is quite difficult, going out late at night, driving alone back from work or in fact just being alone at home. It is extremely saddening to know but women have now realized that they can trust no one and they should be very careful but also self-defense is important. According to The Guardian, ‘India’s abuse of women is the biggest human rights violation on Earth’. It’s a disgrace that this comes from a country which is known for its values and traditions. Due to this, it has instilled fear and curbed the freedom of women in the country. It has also led to a steep fall in the number of women choosing to go alone anywhere, work at odd hours or even work at all!

Are you a parent? Have a daughter? Undoubtedly your everyday concern would be the prime safety of your daughter. Irrespective of where she’s gone, how old she is, a parent never stops worrying about her daughter’s well-being. In this scenario, it’s the duty of the parents to empower their daughters and make the women to learn self-defense techniques, encourage them to follow their dreams and fly onto their way of passion.

Currently living in the 21st century, we have seen a tremendous increase in the number of women achievers and women reaching great heights. Our country, in fact, recognizes and awards outstanding women achievers to be a role model and encourages other women to come forward, protect themselves and follow their dreams. The Times of India (TOI) reported that the President honored woman achievers who defied gender stereotypes in order to recognize their courage and persuade other women to learn from such achievers.

Dear parents, please realize that it’s time to empower your daughters enough so that they can protect themselves. Here’s a list of different ways a woman can adapt to ensure her safety:

It’s the need of the hour! You can’t ask the world to get better, however, you can definitely improve yourself. It’s high time woman change the prolonged tag as ‘weak’ to self-sufficient and strong. A woman must be able to defend herself if at all she’s being attacked. This would lead to a decrease in crime rates against women by self-defense. Parents are advised to enroll their daughters to self-defense classes during their school itself.

Parents must make their daughters aware of various incidents, surroundings, attacker’s strategies and keep them up to date since awareness is the most important component of self-defense. Criminals always tend to take advantage of the element of surprise on targets who have no idea about what’s going around them. Especially if you are new to a city and alone, always be completely aware and well informed so that the attacker is never able to judge the fact that you’re a newbie in the city. By being aware of your surroundings and by projecting a “force presence,” many altercations can be avoided.

Outsmart your attackers. One can often get to know from somebody’s appearance, actions or rather what you call as “Sixth sense” about their indifferent being or that have intentions to do wrong. It’s definitely true that your intuition is a powerful subconscious insight into situations and people. Learn to trust this power and use it to your full advantage of taking measures to protect yourself from being a victim of an unfortunate event.

Parents must ensure that their daughters have either their numbers or the police number on speed dial. Under any circumstance or even under any form of suspicion, the women must be able to contact the people and give them a hint about her whereabouts so that they can reach her in time and save her from any consequences.

It is the most important device which can ensure a women’s safety. Whether they are commuting alone or returning home late at night from work, a GPS tracker installed in the vehicles can give the parents the surety that their daughters are safe and at the right location. It becomes extremely easy to track the vehicle in case of any robbery. So, get away with that tension and get peace of mind just by investing in such a useful technology for the safety of your vehicles, it’ll do you wonders!

Apart from all the above ways, the most convenient way of defense is using self-defense weapons in your purse. When in vulnerable spots, keep a pepper spray handy. Spray it into the eyes of an assailant. A perfume bottle or hairspray are good alternatives. Moreover, a stun gun and pocket knife can be also used to instil a sense of fear in the attacker.

These are some of the most widely used practices adapted by women today. Parents should definitely encourage their daughters, make them feel that they are self-sufficient and can protect themselves.